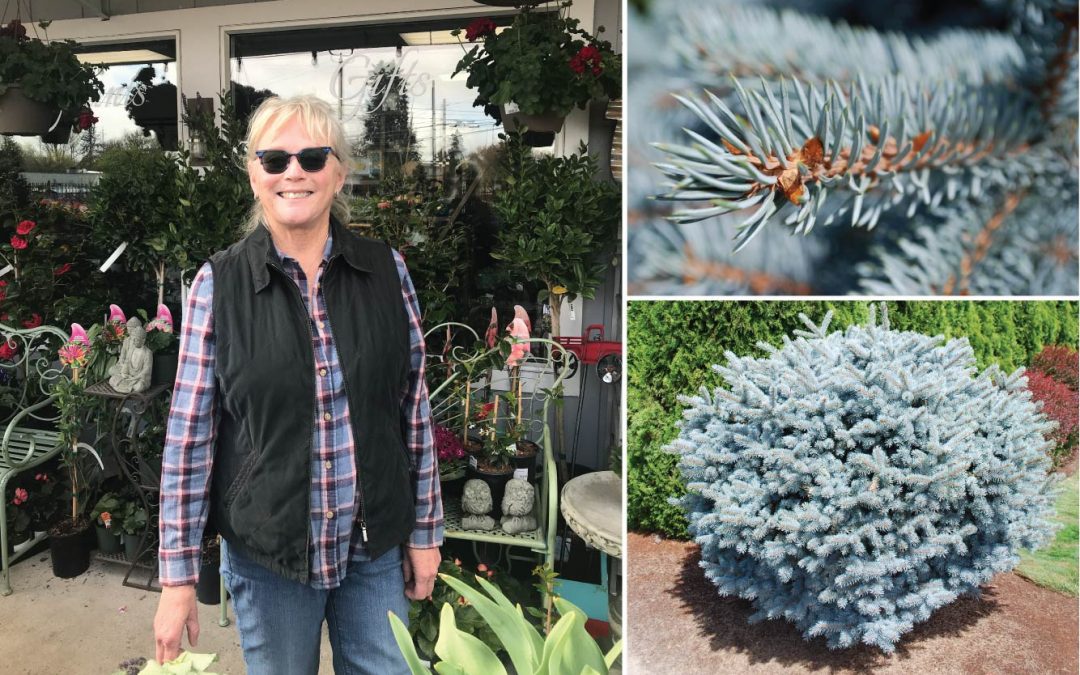 If you have ever met, or know Linda Hockersmith Eshraghi, you might understand what a dynamic person and visionary she really is. She is both Queen Bee and Fearless Leader. With two successful local retail locations, as well as an extensive and thriving 350-acre wholesale nursery (shipping nationwide & to Canada!), it’s very clear that Linda knows and loves exactly what shes doing.

Linda, who was born and raised in this area, established an understanding and interest for gardening, plants and flowers pretty early in life. As a child, she spent a lot of time at her grandparents’ big, idyllic farm in the country. With extensive gardens, vegetables, fruit trees, and berries, she happily learned and worked alongside her grandmother. Linda’s other set of grandparents also had an early influence, but in a more urban environment. They cultivated award-winning roses (and tons of African Violets!) and tended to their immaculate and well-manicured city garden.

Fast-forward, a decade or so later, to Linda’s first “real job,” where she went to work for a large wholesale nursery in Cornelius, owned by a husband and wife team. With hundreds of acres of production fields, Linda, the only female employee among hundreds, was soon taken under the wing by “the wife”. “She taught me and she taught me and she taught me,” remembers Linda, as she was educated in all the different aspects of growing, sales, propagation, and inventory within the company. This position eventually led to her learning and troubleshooting even bigger operations within a bigger corporation, as well as various other special tasks under her mentor. “It was quite a ride,” she recalls. “A very great learning opportunity.”

After Linda learned all that she could learn, she eventually left, and started her own business. Her first funds came from wholesaling Christmas Wreaths, which soon led to a humble local plant booth. “It just looked like a tiny roadside stand. It was beyond simple,” she recalls. Not long after, in 1989, Eshraghi Nursery was formed, and several years after, in 1994, Farmington Gardens was established as a permanent retail outlet for the plants and trees she was growing.

When asked about what the best thing about Farmington Gardens is, Linda doesn’t hesitate. “The people and their love and passion for what they do. It doesn’t feel like it’s mine. It’s all of ours.”

Fun Fact! Linda has a tree named after her! Not many people can say that. The Picea pungens ‘Hockersmith’, Linda, discovered at Eshraghi Nursery, is a Colorado Spruce, with beautiful blue needles, that are deeper blue, thicker, and longer than the similar ‘Glauca Globosa.’ “The new plant stood out in the field of 5000 ‘Glauca globosa’s’ like our boss and owner,” says Joel Johnson, of Eshraghi Nurseries.

When Linda is NOT working, she loves spending time outside and with her family, and dogs . 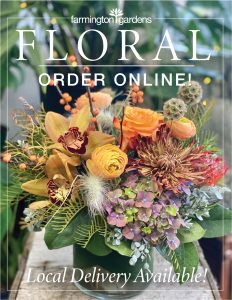