The Japanese Maple is a small tree that is often less than 25’ tall with year-round appeal. With hundreds of species, there are numerous different foliage types and bark characteristics, but this deciduous tree usually emerges in green, red, purple, or a marble pattern of white, pink, and green. However, it’s in the spring and fall when the splendor takes hold and vibrant red, yellow, and maroon leaves envelop the branches.

Here are few of our favorites

While the height of Japanese Maples vary, they generally can reach heights between 15-25′ tall and 20’. These are the perfect trees to use to provide ornamental interest to any size yard.

Best known for its magnificent coral-pink bark in the winter. An upright grower with medium sized light green leaves until fall when they become an apricot-orange followed by a brilliant gold. Very showy tree with a nice upright form.

Upright maple similar to ‘Bloodgood’, but on the smaller side with brighter red fall coloration. New leaves are slightly pinker.

Large leaves round out the overall globe shape of this compact grower. Purple-red leaves begin as a soft red in spring. In fall, the leaves turn an outstanding orange-red.

Small, deciduous tree. Leaves have many more lobes than a palmatum, giving the leaves a rounded appearance. Foliage is burnt orange in sun; yellow in shade; and rose-orange in the fall.

A beautiful weeping laceleaf with new pinkish red leaves which mature to bright red. This cultivar holds deep red color in sun or shade, better than any other red dissectum. Rich red in fall.

Leaves emerge an orange-red then fade to dark red. Heavy shade encourages a deep green cast. It is a beautiful effect enhanced by leaves that are a bit more glossy than most of the reddish purple varieties of laceleaf. Bright red-orange in autumn in a long lasting vibrant display. Dense branches cascade nicely.

This tree thrives best in rich, moist soil and partial shade, however some versions perform well in full sun. When placed in the right location, this tree requires little care which is great for a more hands-off homeowner who just wants to bring some color and shade to their yard. Just ensure your tree receives enough water, keeping the soil moist in the summer. Without proper hydration, the Japanese Maple is prone to leaf scorch. 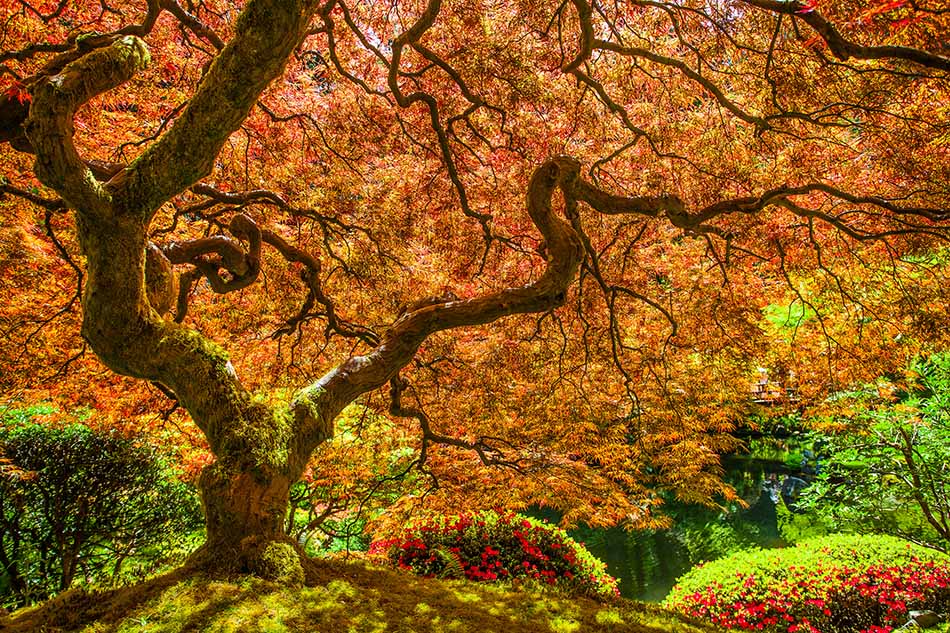 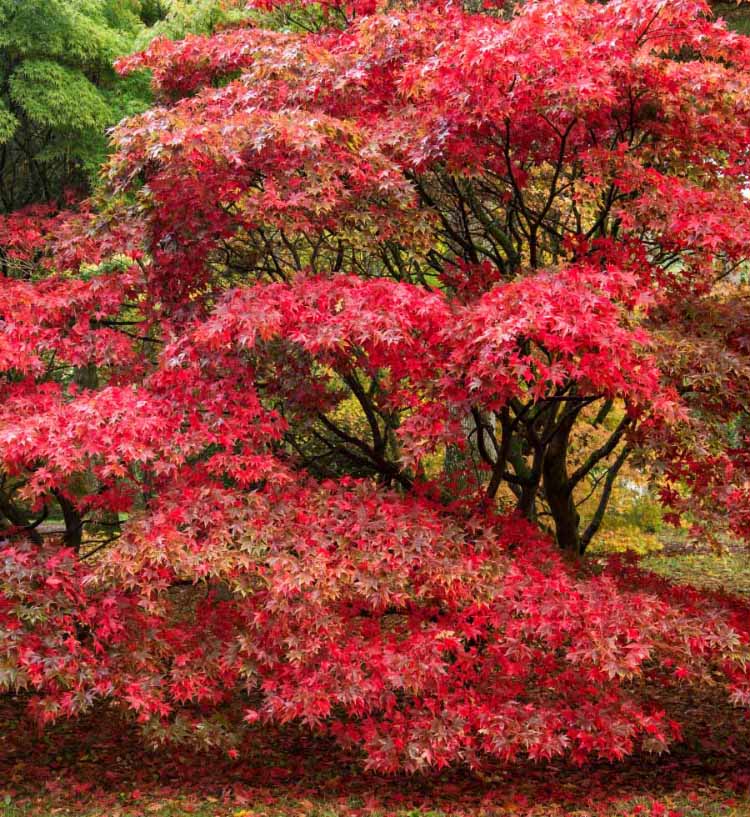 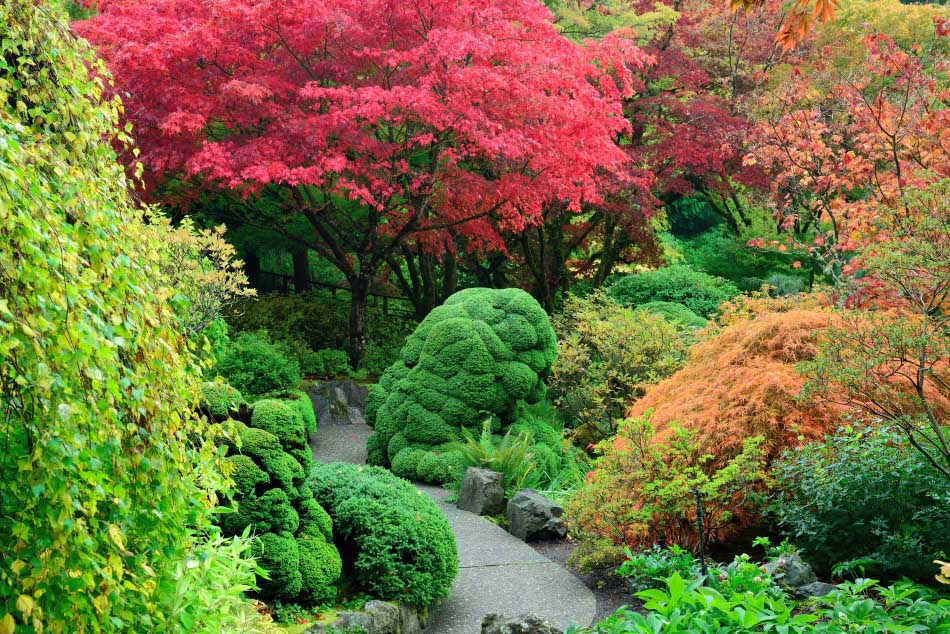