Strawberries are a favorite here in the Willamette Valley and it’s no surprise since they probably grow and produce here better than just about any other place in the world. So, go ahead and try your hand at growing some strawberries. They don’t take up much space, they produce a lot of fruit, and there is nothing like a fresh strawberry straight from your yard.

How should I plant my Strawberries?

Most people will find it easiest to plant strawberries in long rows, with the rows being a few feet apart from each other. Create a mounded row of soil amended with compost about 12” wide and a few inches high. Plant the strawberries about 15” apart in the raised soil, making sure to keep roots spread and pointing down. In the growing season, you can flood trenches between rows with water to ensure maximum irrigation coverage.

Strawberries can also be planted in containers including hanging baskets. Yields will be much smaller in container plantings though. Whichever location the berries are to be plants, it is important to remember not to plant you berries too deep, as this can cause problems. Keep the crown above ground!

How do Strawberries grow?

Strawberries will actually reproduce quite rapidly on their own if you let them, especially June-bearing varieties. The central plant is the one you plant, and then they will send out long stems along the ground called “runners”. At the end of these runners will form small plants, which will root into the soil and eventually separate and become a whole new plant. These runners can also be cut off and placed elsewhere for easy divisions! It is best to replace your main plants every 3 years or so to ensure maximum production, so keep those new plants healthy and they will mature and take over for the original in time.

What are the differences in the Strawberry types?

Keep in mind that few strawberries grown in this area will be as big as the California-grown ones in the store. But what they lack in size, they make up for in taste: few other strawberries can compete with an Oregon Strawberry in the taste department. Strawberries will be classified as either June-bearing or Everbearing varieties, or Day-neutral (most growers clump day-neutrals in with everbearing though).

June-bearers are the staple in Oregon agricultural production, and bear their crop once over a few weeks in June-July. They produce many runners and yield heavily in the season they produce. June-bearers are also considered to have the more superior fruit of the different types. June-bearing crops tend to not produce the first year they are planted. Some commonly sold June-bearers are ‘Hood’, ‘Tillamook’, ‘Sequoia’ and ‘Benton’

Both everbearing and day-neutral varieties tend to have lesser quality fruit than that of the June-bearing varieties. But they’re still full of taste and probably better-tasting than a lot of imported fruits.

What general care will my Strawberries need?

Strawberries will need a little extra attention in the growing season to be really productive. Water is a necessity in the fruit-bearing months. Again, a good method is to make a trench between your mounded rows and flood them when you want to water. Be sure to fertilize a few times in the spring, a high phosphorous fertilizer is generally recommended in this area. You can also place the fertilizer in the trenches, and it will soak into your rows. 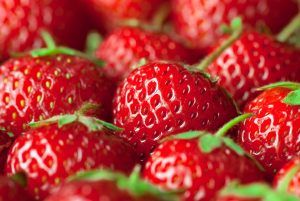 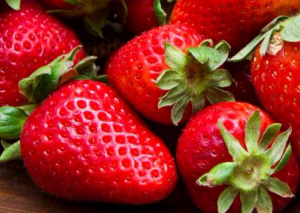 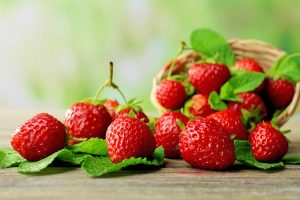 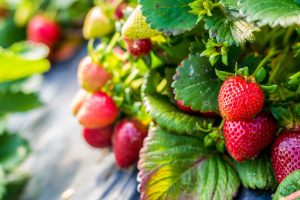